Your chance to improve cycling in Southwark 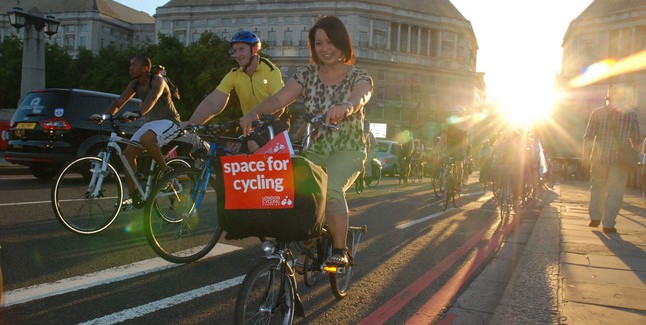 Come along to the Peckham Liberal Club on 12 February, 6.30pm, to discuss which cycling priorities should be top of the agenda for Southwark council candidates in the 2014 local election. The election is a huge chance to make our future councillors take notice and make a positive impact to cycling in the borough, so be part of the effort!

In December, the London Cycling Campaign (LCC) asked thousands of people who cycle – or would like to cycle – in London, to tell LCC about local barriers to cycling. The results are now out, and you can take a look at the map here (for Southwark, click on ‘Site Map’, select Southwark if not already selected, and ‘Filter’ by ‘Ward name’ to drill down further).

The point of the survey was to identify what issues people wanted to see addressed in their local area, and use the information to select one specific problem per ward that we can then press local politicians to solve. With the 2014 local elections just around the corner, this is a great opportunity to engage with future councillors and make them commit to making cycling better and safer for local people.

At Southwark Cyclists we’ve been analysing the problem areas people pointed out in the borough, and we’ve started drafting one specific demand per ward that people could make their local candidates commit to before the elections. Demands are based on the six key policy themes identified by LCC.

The below map shows where we’ve got to. We’ll keep proposing demands for the outstanding wards over the coming days, but we need your help to make sure they are what we should be lobbying candidates with.

Take a look, leave a comment, and please come along to the Peckham Liberal Club on 12 February, Wednesday, at 6.30pm for a beer and a discussion of these priorities. Ward demands will then be set, and we’d love your help with spreading the message to your local candidates, and getting family and friends to do the same.