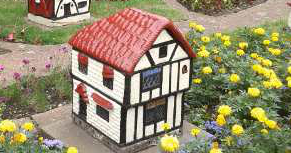 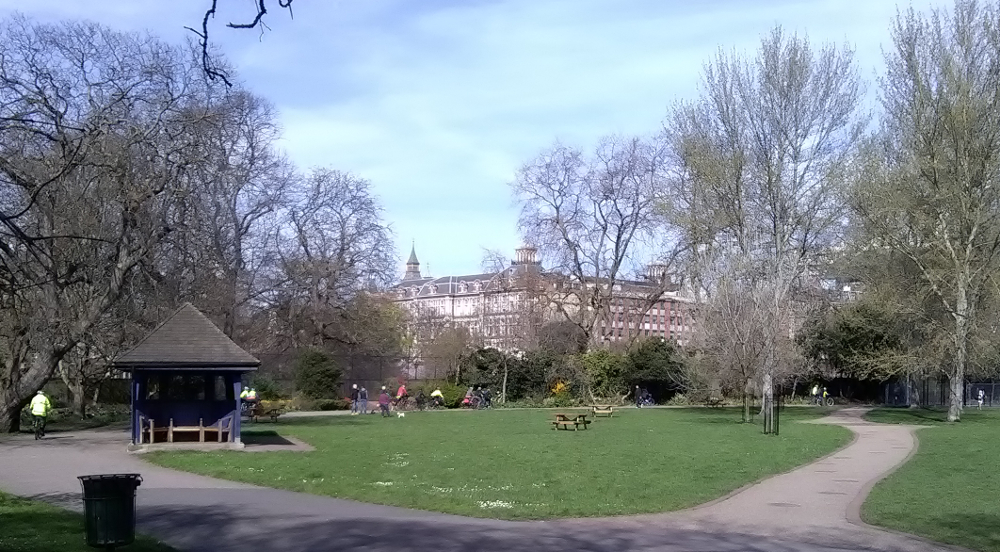 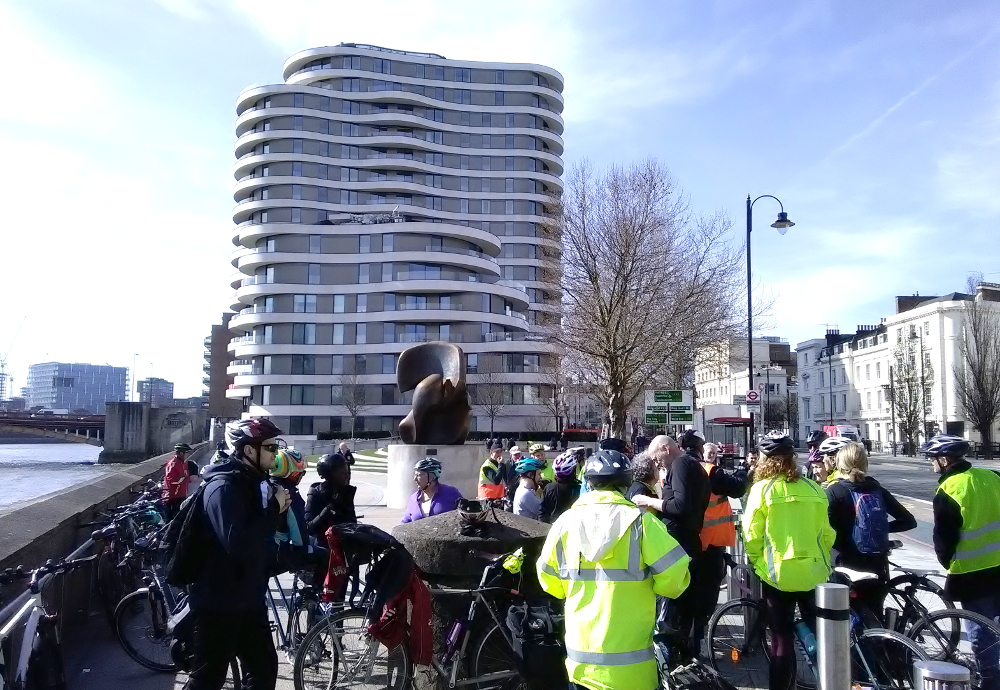 Millbank. Bollard commemorating the prison is towards the bottom, just left of centre

A beautiful early spring morning for this ride.  Not surprisingly an excellent turnout of 27 healthy riders.  Headed off across Burgess Park, down the Elephant west bypass and past the Imperial Was Museum.  Then our first Lambeth park, Archbishop’s Park opposite St Thomas’s Hospital. From there turned and followed the rail viaduct out of Waterloo to Vauxhall Pleasure Gardens.  Quickly across this to Millbank where we stopped at the large bollard commemorating Millbank Prison.  This large Victorian prison for much of its time held prisoners due to be transported to Australia.  In fact one derivation of “pom” is “prisoner of Millbank”.  The prison was demolished in 1890 and a new British art gallery, now Tate Britain, was built on part of the site. 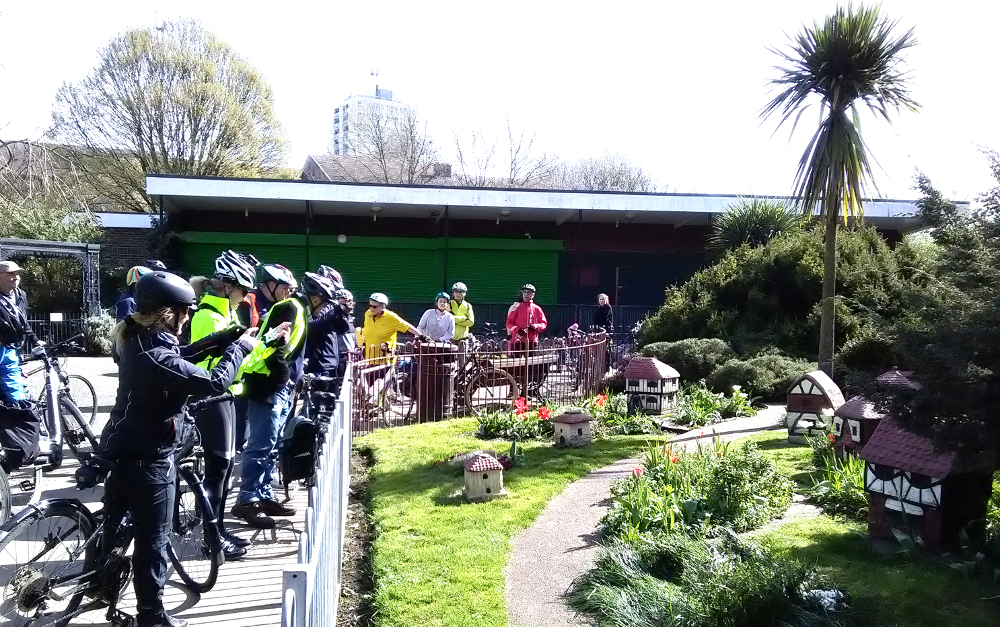 Return leg led to Vauxhall park and the Model Village, a charming set of miniature buildings set amongst flower beds.  They were made in the 1940s but had a chequered history (described here http://www.vauxhallpark.org.uk/history/).  Harry, who planned and led this ride, explained that the restoration of the models had been carried out by his father, Nobby Clark.  This is mentioned on the small plaque alongside the “village”.

The ride back continued through Kennington Park and Burgess park and we were safely into Peckham Square promptly at noon.  A really fascinating ride.  If you would like to try it, the route map is at http:/www.mapmyride.com/workout/2069387975/