August 18th 2018     Healthy Rides Picnic Ride to Thames Barrier
Joint ride for Southwark Cyclists and Bexley Cyclists
What a ride!  We never managed to count everyone, let alone get them to stand still in one place for a group photo!  We think 66 riders took part – Harry (Bexley leader) thought 62.  Whatever.  A record for the Healthy Rides on any measure.

Rides set out as usual for a 3rd Saturday “+” ride at 9.30.  Bexley from Danson Park, Southwark from Peckham Square.  17 riders set out from Peckham under a cloudy sky, but no rain in the forecast.  Usual route to Canada Water where about the same number of cyclists were waiting. Now a pretty large group we headed along the river to Greenwich.  Another group of cyclists were collected at the Cutty Sark .  A body of around 36 continued along the Thames Path and round past the O2. Just short of the Thames Barrier we met Harry and a large group of about 30 Bexley Healthy Riders.  By chance a passing cyclist (Paul) captured the historic meeting on video, see https://twitter.com/lxtwin/status/1030871937243865090

The combined group then rode the missing link in the Thames Path, immediately east of the Barrier (and we videoed this, in our header or on YouTube).  Although short, this is nicely done and removes a horrid section on the old route, so very worthwhile.  Everyone then rode back along the link to the Barrier where we settled down for the planned picnic.  By about 1pm people were getting ready to depart, in various groups depending on ability and chosen destination.  The last Southwark group left at about 1.30 with people dropping off at Greenwich, at Canada Water, and the final riders at Burgess Park around 3pm.

Not sure how we are going to top this, suggestions welcome!

Southwark route at https://goo.gl/kneMyH or gpx on the brief report on the HealthyRider site.

Special thanks to Amanda who looked after the rear of the peloton – quite a job with 30+ riders to keep together. 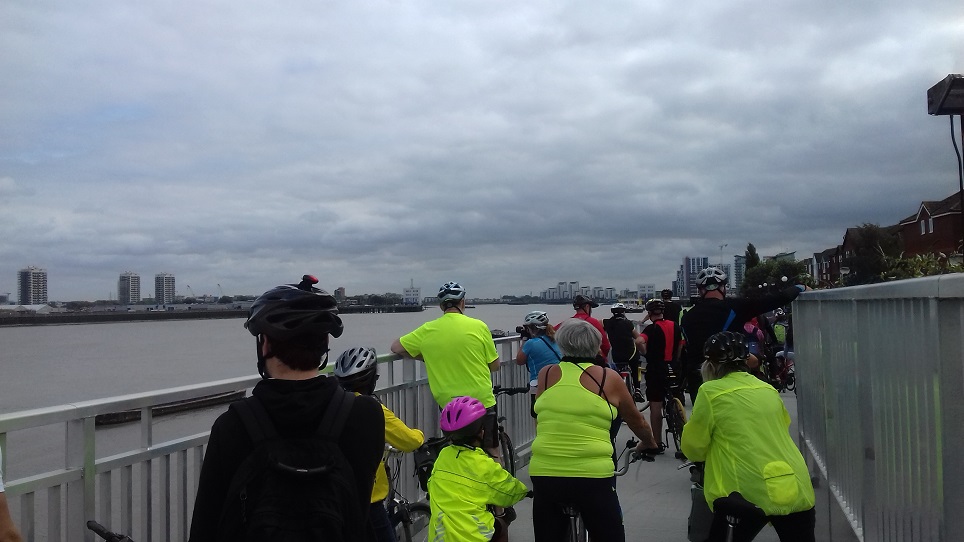 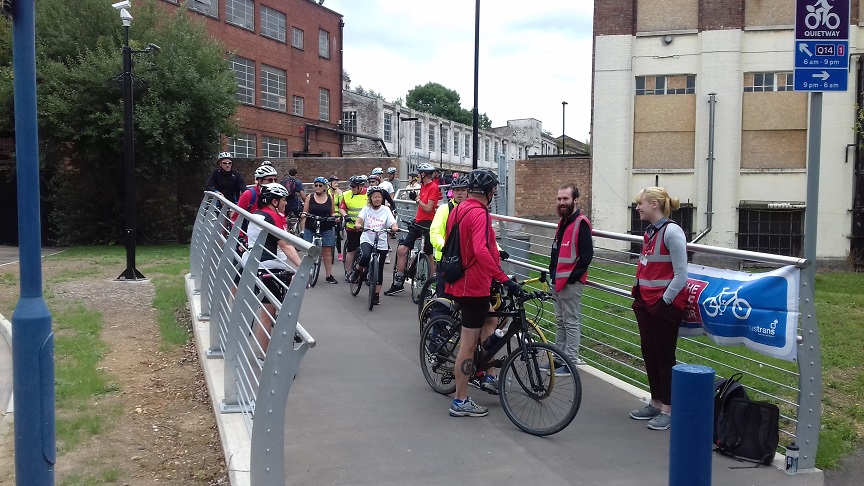 Talking to Sustrans personnel at west end of link. 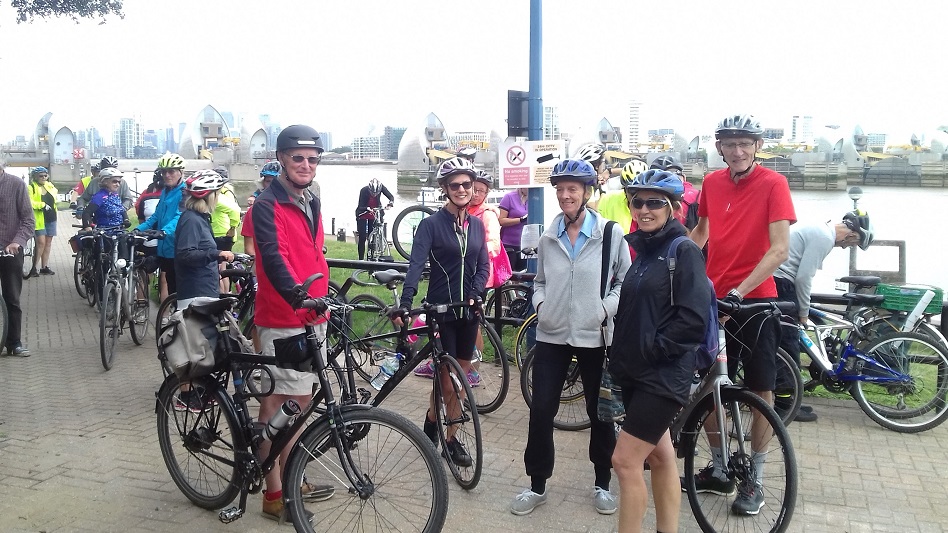 Cyclists at the Barrier 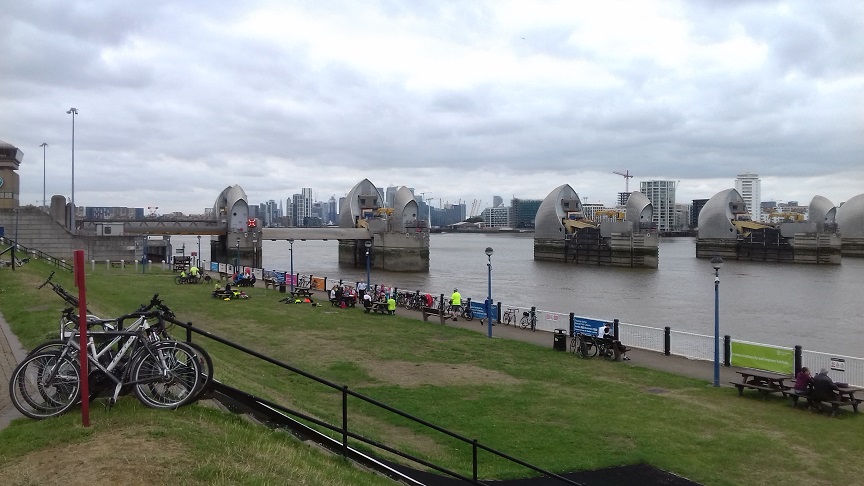 We took over all the picnic tables! 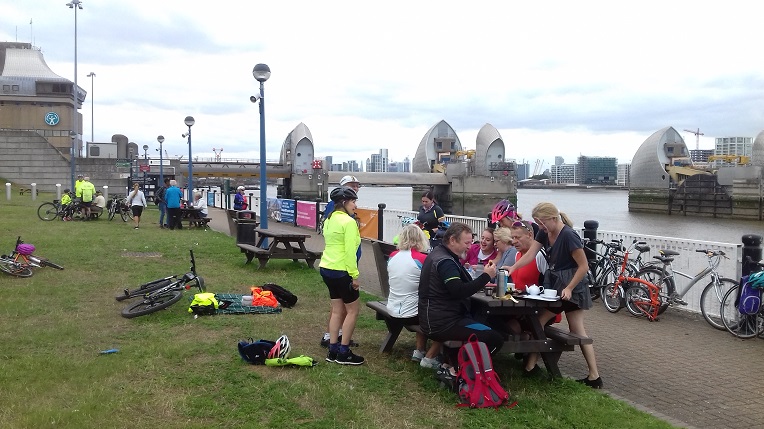 Lunch time at the Barrier