26% of people in Southwark cycle once a month

Cycle routesCycle2workCycling and health
No Comments 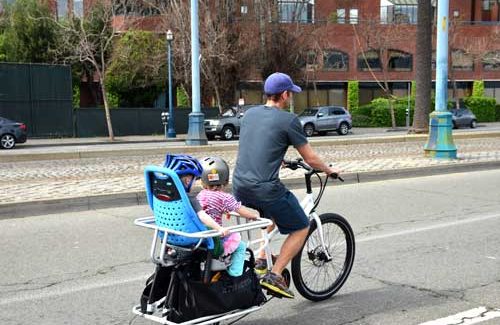 Believe it? I’m not sure I do either. Our task is clear: to turn infrequent cyclists into frequent cyclists.  All those people must have bikes. We need to get them riding them more.

The same table of statistics from HMG says 21% of people in Southwark cycle once a week, 13% cycle three times a week and 8% cycle five times. We are second in Inner London after Hackney with 30% and Lambeth third with 24%. The figures include children over 5 which explains a bit. How do we turn that once a month into five times a week? How do we turn infrequent cyclists into frequent cyclists.

The same stats show that nearly 70% of people who don’t cycle believe that “it is too dangerous to cycle on the road”. Cyclists believe this too, 48% of them agreed. The only way to turn people into frequent cyclists is to make the roads safe.

What might be wrong with the figures? Well they are based on the National Travel Survey which consisted of a face-to-face interview and a 7 day self-completed written travel diary. The stats include children over 5. So distortions pushing the figures upward include self-reporting (“I know exercise is good for me”) and the inclusion of children cycling in parks.

They also come from the Active Lives survey which is on line by invitation only. It’s run by Sport England to show how well it is fulfilling its brief to get us all more active again. Nationwide in the year to May 2018 the number of people cycling for sport and travel fell to 19 million. The figures for sport cycling fell more than the numbers for travel and Sport England blame the filthy weather in the spring of this year. If you are cycling to work you have to keep going whatever the weather.

All of these statistics come from this government document: https://www.gov.uk/government/collections/walking-and-cycling-statistics