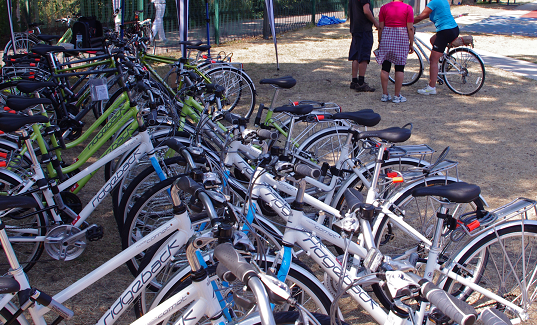 Southwark Council have approved and funded the Urban Cycle Loan Scheme for a year, starting in March 2015. This scheme has run previously in several boroughs including Lewisham (link here http://lcc.org.uk/articles/lewisham-cycle-loan-scheme). It is delivered by the London Cyclists Project Team, part of LCC. The aim is to make 600 loans. In other boroughs over 80% of loanees have continued cycling, many buying bikes cheaply through the scheme. Getting 600 extra people into, or back to, regular cycling would lead to a 2 to 5% increase in cycling in the Borough. So a very significant project.

Southwark Cyclists are strongly supportive. We will, for example, try to organise some Healthy Rides to supplement the rides and training provided within the Urban Cycle Loan Scheme itself.

END_OF_DOCUMENT_TOKEN_TO_BE_REPLACED

Today is the last day to respond to Southwark Council's Climate Strategy consultation.

See what needs to be added to the transport section: https://southwarkcyclists.org.uk/southwark-councils-climate-strategy/

Good rundown on intelligent speed assistance just now from @20splentyforus on #IdeasWithBeers. From 2022 all new cars will display the speed limit on the dashboard. No excuse for not knowing the limit, & a conscious choice will need to be made to over-ride. #Speeding

Low traffic neighbourhoods are one of our key asks. They're a very important part to healthier cities. Here's the research showing they work https://twitter.com/SarahJ_Berry/status/1348971771970658305

I present, a thread:

(DM me anything I miss!)

I present, a thread:

(DM me anything I miss!)

Great news. Much needed in Southwark where there are long wait lists for much of the borough.