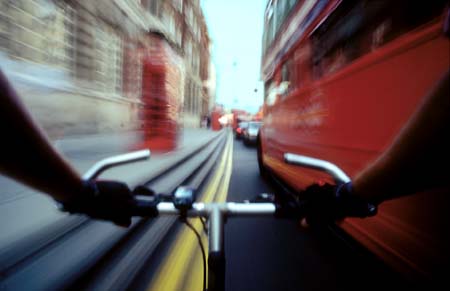 Whether or not you cycle, Southwark want you to tell them what they can do to make cycling in Southwark better. The general idea is that comments will help Southwark understand how they can improve cycling in our borough and how to get more people cycling.

The map is here and the good news is that you can amend it and write all your good ideas and suggestions for new routes, bike shops, cafes, bike parking all over it. It’s got lots of good ideas at the moment — everywhere is covered in blobs apart from the Rotherhithe peninsula which looks a bit bare.

You have to register first and Google wants your geo-location which the non-paranoid will presumably be happy to give them. But then you can add bits like my current delight Fireman’s Alley which doesn’t appear on the A-Z. It links the South Circular with Lordship Lane without going past the traffic lights at the Harvester. It’s beautifully tarmacked, swept daily and lit at night — everyone should know about it.

There’s a questionnaire here which the opinionated among us can use and as an incentive there will be a prize draw in which you could win one of three £100 vouchers for something or other.

In order to qualify for the prize draw you must have responded by 23.59hrs on Sunday, 1 February 2015. The prize draw will take place on Friday, 13 February 2015 and the winners will be notified within six weeks. But even though you won’t win you can still take part and influence the plan.

More importantly the final cycling strategy will go to full council on March 2015, precise date yet undecided. The executive summary can be read here and the full draft is here. That’s all you need to know to influence the future of cycling in Southwark

So now is the time brothers and sisters to make your voice heard and your views known.

Thread: Anyone listening to One Dulwich’s outrage at roads being closed to through-traffic might be mistaken for thinking it’s a brand new idea, never tried before.

About 10 years ago, TfL’s strategy was explicitly to route motor traffic down residential roads to ‘smooth traffic flow’. This just happened to people on those roads. No consultation. Now we are only just beginning to undo that policy. https://twitter.com/cllranderson/status/1293608717947109382

If you have a mo, do please sign our petition, about phasing out petrol and diesel engines by 2030.
https://actionnetwork.org/petitions/phase-out-diesel-and-petrol-engines-by-2030
#DitchPollution #CleanAir

Compare & contrast the pic below to this one from Horniman Park during lockdown: https://twitter.com/southwarkcycle/status/1293503296427220992

Look closely. Can you see the Shard and the City? Do you remember the skyline photos from lockdown?

This was take from the Horniman Museum yesterday. Car use in the UK is at pre-lockdown levels yet public transport use is still severely down.

@lb_southwark what is going on with fly tipping along Senegal Way? It's gone from being 'a bit scruffy' to having several tonnes of industrial fly tips and at least two burnt-out cars on it! Makes the adjactent Q1 / NCN425 cycle route horrible @southwarkcycle @SustransLondon