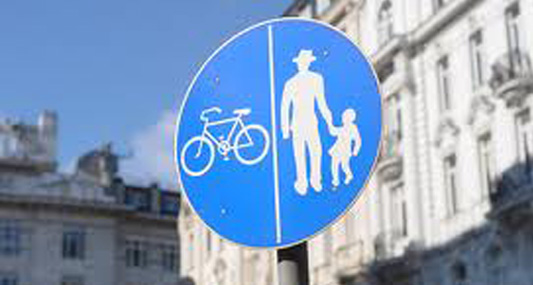 This report may become the standard for Boroughs to follow when spending Transport For London funds in the future.

The vision for transport in London for the short to long term is included in the Mayor’s Transport Strategy. It spans a twenty-year period. s next 20 years.

LoHAC has been developed as a joint initiative between Transport for London (TfL) and London’s boroughs, to deliver a reliable, reputable and cost-effective highways service across London. LoHAC freely shares information about their project and schemes. Their work has been described as having the potential to share £450 million on highway services in an eight-year period.

Southwark Cyclists have concerns with LBS cycling standards, and we are awaiting a report via CJSG of concerns raised at Group Meetings with these standards.

We are also inputting into Southwark Council’s residential design standards.

Guidance for traffic authorities about traffic signs and road markings are also available. These can be downloaded at the Gov.UK along with additional local transport information about:

The Transport Advice Portal is your one-stop shop for free technical information about planning, designing and operating highways in the UK.

If you are after more information about traffic signs, then you may wish to have a look at the Traffic Signs Image Database. They have over 600 images for you to view. The Department of Transport have also made traffic signs drawings available. Non-standard traffic signs can be accessed via their Traffic Signs Authorisation Database.

Find out what our Cycling Joint Working Group is achieving

END_OF_DOCUMENT_TOKEN_TO_BE_REPLACED

Looks like temporary kerbs are being placed along CS7.

Is this first steps on a protected CS7 route leading up to Southwark Bridge? @southwarkcycle

By Foot and Bike (Peter Horton)@byfootandbike

Listen to our CEO Nicole Gordon chatting to @JasonCritic on @BBCRadioLondon this morning about the new #BanksideBikeTrain. Listen again here on the @RobertElms show - our slot was around 10.24am http://ow.ly/WJ5x50AvG8o #Bankside

Read our blog about what's in Southwark's Streetspace Plan
https://southwarkcyclists.org.uk/southwark-streetspace-plan/

This report has not yet been approved, so check the tweet below to see what you can do to help! 👇

This report is going to Cabinet on Tuesday. We need your support to make sure these changes are implemented, and this needs to just be the start.

Contact your Cllrs and let them know we need urgent change on our streets!
https://southwarkcyclists.org.uk/streets-for-distancing-2/

Brilliant thread on the damage through motor traffic does to local communities and interpersonal interaction.

Today we’re profiling one of our very favourite nerds — Professor Donald Appleyard: urban designer slash owner of a handsome smile -- a nerd who forever changed our understanding of what a good street looks like.