Well – we ask for photos of hazards and on one day two come at one  – like buses.

Not great design TFL!!  (not that we are spoilt for choice says he thinking of the Elephant and Castle North and South roundabout  and Camberwell Green).

Originally the focus of ire of the late Barry Mason when originally built.

Called in a post “Is this the most dangerous road in London?”

“mostly that the fact that the kerbstone that is raised is really hard to spot. You are riding above it, sort of looking down on it and focussing on traffic and hazards, you don’t expect the dotted line that divides the lay by from the road to have a raised kerb. And as a result, if you move to close to it, you suffer a glancing clash that stops you being able to counter steer…and over you go.

I am a pretty experienced rider (bikes and motorcycles) and I fell for it (literally) the first time I encountered it, I only just managed to stay upright, which was more due to the fact that the road happened to be empty and I could wobble about to gain my balance. Pinched my tyre good and proper and took me totally unaware. It’s really nasty and totally unnecessary. ”

And now (28/09/2015) have an update in that ““We have just been instructed to look at part of Great Dover Street of the feasibility of improvements for cyclists between the Trinity Street and Black Horse Court junctions. I don’t yet have any timescales for this, and only received this last Friday. As soon as we have more information we will let you know.” 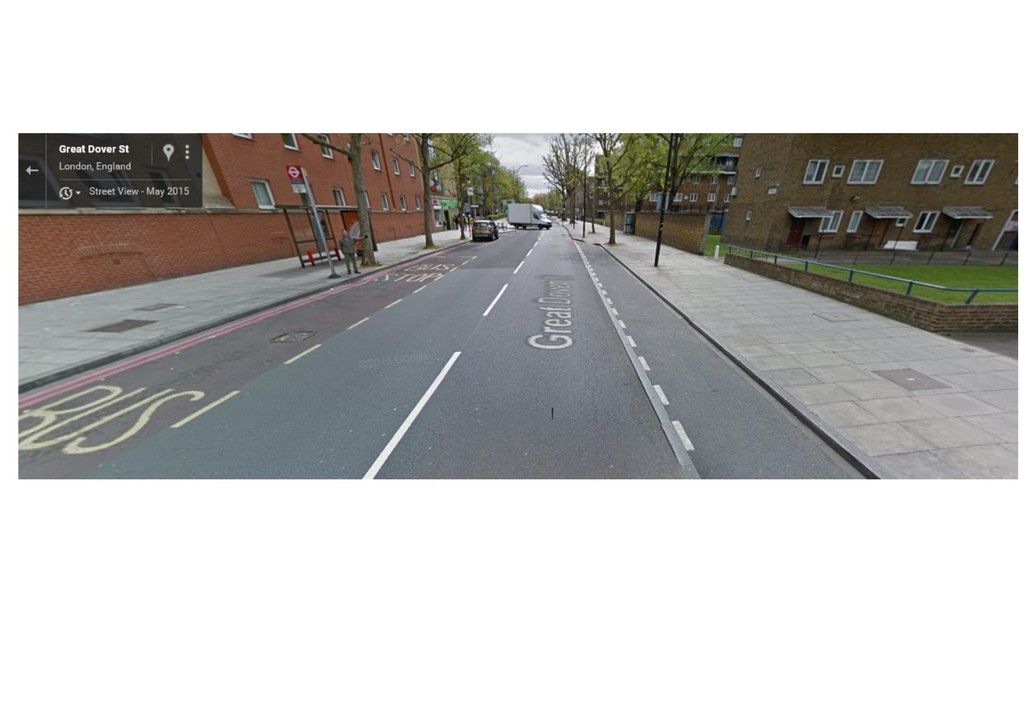