10 riders at Canada Water in steady rain.  In fact it had been raining for a while and was forecast to continue.  What were 10 apparently sane individuals doing – they were going to have a Healthy Ride!!

Set off along the Thames path.  Much of this is going to become Cycleway 14 and various small improvements are being made.  Nice to see sensibly spaced bollards at Fulford street, replacing the very narrow ones. Really pleased to come to the cobbled stretch just past The Angel.  It is not cobbled any more.  Smart block paving has been laid.  It was so nice we all lined up and took a picture.  Note that the transition at the east end is not quite finished. 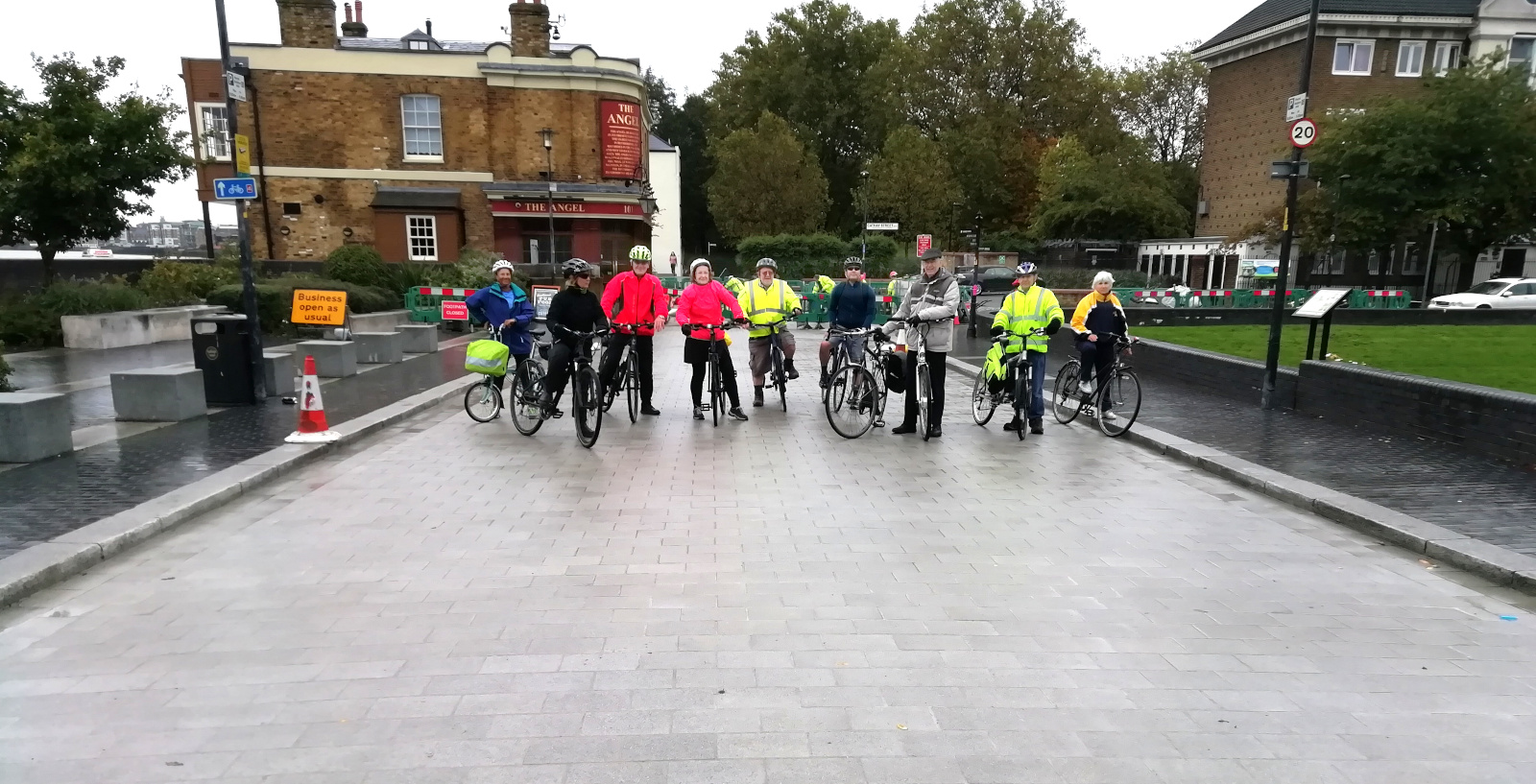 Continued to Tower Bridge.  Used the right turn out of Queen Elizabeth St.  This is now quite difficult.  Traffic from the opposite arm turn out, left, on to the bridge at the same time as cyclists are turning right on the same bit of road.  There is only a short phase.  We became quite tangled up in the slow-moving motor traffic.  In future I will revert to staying on Tooley St and making a 2-stage right turn at Tower Bridge Road.

Crossed the bridge and joined the E-W Cycleway (CW3).  Cruising nicely along when we met a car driving along the cycleway!  Location the underpass at Blackfriars.  They must have joined the cycleway at the Blackfriars Bridge turn off.  Driver was rather confused and embarrassed.  I suggested he just bump over the kerb and back to where he belonged as soon as there was a gap in the traffic.

Turned off CW3 at Westminster Bridge.  Not affected by the Climate Protesters, presume they were in Parliament Square.  Turned on to Belvedere Road.  Was loudly complaining about the barriers when magically the pole barrier lifted to let us through.  Suggestion was some invisible security person had spotted us and helped.  Nice.

Stopped off on the riverside on the corner near Gabriel’s Wharf.  A large bright yellow inflated object was being guyed down in the breeze.  Upon enquiry were told it was some kind of advert for Hunter Wellington Boots.  As the photo shows, it was certainly very visible. 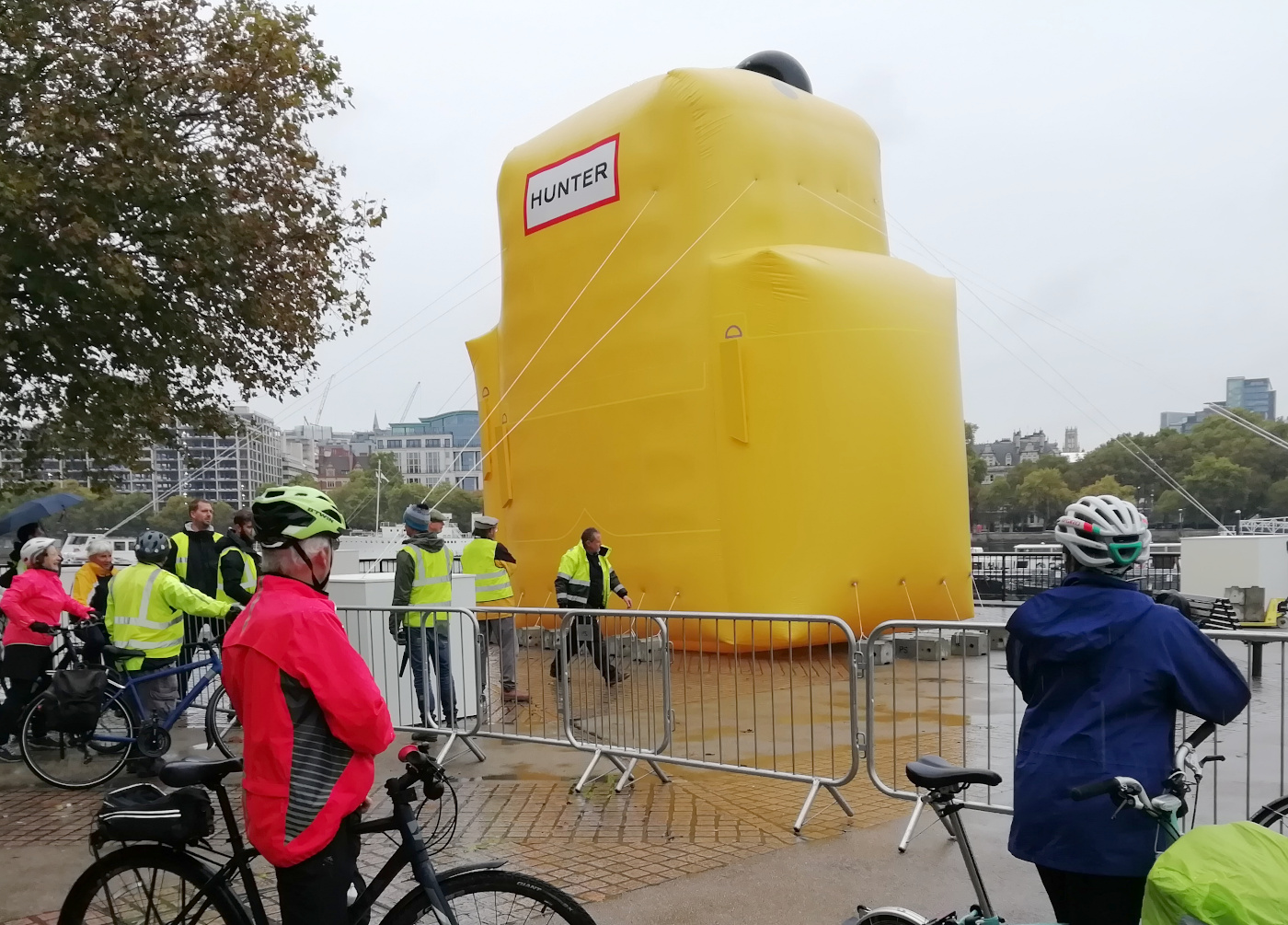 At Blackfriars Bridge turned south on CW6, then east on CW14.  Cycled steadily along CW14 to Tanner St.  There we did a loop along Druid St and across Jamaica Rd to Dockhead.  Pretty much followed the outward route back to Canada Water.  Arrived back a few minutes early.  Despite the light rain throughout, it had been an interesting and enjoyable ride.  However I think everyone was happy to head home to dry off.

Back to Healthy Rides Home Page